Mittens Electrical has been providing large scale and small scale alarm systems solutions for decades across the UK. We are fully experienced in the installation and management process. Our consultation sessions are geared towards helping you to make the right choice for your property.

Why Do I Need An Alarm System?

Alarm systems serve the purpose of detecting and deterring intrusion or unauthorised entry into a designated property. Certain systems also have heat or smoke detection and protection features. Alarms can be used on not only in residential properties, but also in commercial, military, and industrial complexes to prevent trespassing, burglary or property damage. Moveable properties such as cars, vessels and the like can also have alarm systems.

Depending on the alarm system, it might feature a Closed Circuit Television Surveillance (CCTV) which automatically records all activities ongoing on the protected property. We deploy high-quality solutions at every stage of the installation process.

How An Alarm System Works?

An alarm system is engineered to secure the points of ingress and egress of your property. The system uses sensors, which communicate with a designated control panel that’s accessible only by the owner or an authorized operator. The said control panel might even be a mobile one that can be carried around by an administrator and used to access the security system without being anywhere close to 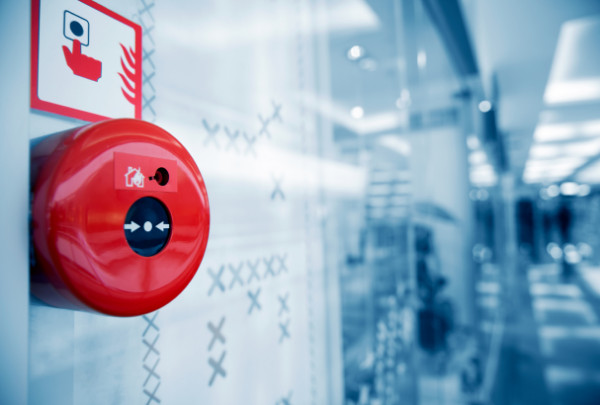 the secured property. The sensors which monitor your property’s ingress and egress points are usually placed on doors, windows, and any other possible portals that can be used to gain access to a property. Open spaces on a property can be also be monitored and secured using motion sensors.

Parts Of An Alarm System

This is the computer (the brainbox) that activates or deactivates an alarm system. It sends and receives information from every other component of the system and triggers the alarm when there is a breach or other specified anomaly.
Most control panels feature touchpads for interfacing with the system, but there are other kinds which operate on voice commands.

These serve to detect when deliberate force is being applied on a wall, the roof or other parts of a property.

These sense carbon monoxide which is an invisible, odourless gas that is usually generated by combustion. The detector will signal the control panel if it detects CO, and the panel will alert the property owner, and so can prevent a smoke or a fire-related tragedy.

There are chiefly two types of smoke detectors. The most common is the Ionization detector, and it’s better at detecting fires with less smoke. Photoelectric detectors, on the other hand, respond better to fires that produce loads of smoke.

If you’ve ever heard a car alarm go off, I’m sure you can imagine how loud and pervading a whole house shrieking can be. The best part is, the alarm tone may be customized. So you can get one that shrieks like Mary Jane Watson screaming her head off in Spiderman 1. If that doesn’t scare off a burglar or wake the neighbours, I doubt anything else will.

When armed, these monitor a specified area with an invisible web that cannot be penetrated without triggering an alarm. Their purpose is to catch unauthorised movement within a designated area. False alarms tend to occur when wildlife stray within a motion sensor’s range.

When triggered, usually by pressing a button, these broadcast an instant yet subtle cry for help to the appropriate authorities.

These consist of two parts which are installed next to each other. The first half of the device is fixed to the window or door, while the other to the window sill or door frame. Once the alarm system is rendered active, and a window or door is opened or forcefully breached without the alarm first being deactivated, it will go off, and the proper authorities will be notified.

They provide visual, and sometimes sound, of a protected property.Depending on the CCTV, remote access by its administrator via a phone, computer, or tablet is possible. Which means that a property owner can visually monitor his property without being anywhere near it. CCTVs can also be used to provide evidence to the police in the event of a break in.

Happy clients mean we receive lots of positive word of mouth recommendations, which also means our partners’ reputations are under scrutiny when we act on their introductions. Our willingness to share our expertise and product knowledge within our partners’ organisations helps create a mutually beneficial working relationships and reciprocates that trust.

Established in 1935, a small family engineering firm has evolved into a successful multi million pound business, providing a wide range of products and services to local enterprises and large multi nationals alike. Every client enjoys and benefits from the same focused delivery approach ensuring that each and every job is completed to the highest standards

We pay attention to detail. Our proven industry-leading expertise and strong focus on safety, regulation and accreditation are all key factors when choosing Mittens Electrical. Clients often invite us to get involved early in their project design to help minimise costly design oversights.

With over 80 years experience of delivering quality service and solutions to our clients, we always seek to enhance not just our reputation, but our partners’ too. Service and quality underpin everything that we do. Experience counts.

Benefits Of Working With Mittens Electrical 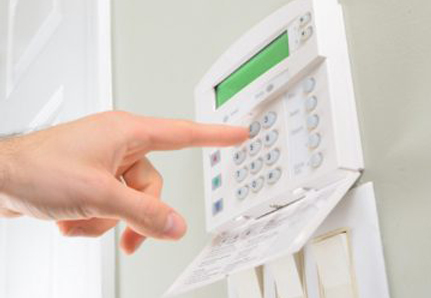 What Happens When An Intrusion Occurs?

Alarm systems are engineered to fulfil certain functions when a property’s security is breached. How an alarm system responds in the event of a disturbance is dependent on its configuration.

owner via a formerly agreed mode of communication before contacting the authorities in the area. On the other hand, a non-monitored security system, also referred to as a Do-It-Yourself (DIY) system, doesn’t feature a professionally monitored service. If there’s a security breach in this scenario, (if installed) the high-decibel alarm will sound and contact the relevant authorities will be done by the property owner or a concerned neighbour or citizen.

How To Determine Which System Is Best For You

Do you want mobile access and security cameras? If you need to be able to monitor your property at any time of the day and from any location, then you better get an alarm system that includes nothing less than the aforementioned features.

Focus on your security needs during the decision making process. Alternatively, you can take advantage of our robust consultation sessions. From small scale new buildings to extensive renovations, we can give the best advice for your alarm systems. Give us a call today on 01273257076 to kick-start the process.

What Are The Advantages Of Having An Alarm System?

1. Since burglars would rather opt for an easy target, a home with an alarm system is less likely to be burglarised. An alarm system also allows you to avert death or certain destruction to your property by alerting you when there’s a fire or smoke related danger.

2. With the right alarm system, you can remotely manage your house by monitoring, arming and disarming your alarm from anywhere in the world via the internet. There’s also a panic button option to engage if the need arises.

3. Also, most insurance companies offer better discounts when you prove your property has an alarm system in place.

4. And finally, you sleep better knowing that you’ve done the needful in keeping your business, properties, home, and family safe by installing an alarm system.

If you are ready for a secure alarm system or need more information, contact Mittens Electrical today.

Are you in need of a professional electrician?

Arthur is a hardworking and dedicated electrician, with over 10 years trades experience.

Send Us A Message

Fill out my online form.

Based in Brighton but serving the entire county of Sussex, Mittens Electrical have been dedicated to providing our commercial, industrial and domestic clients with industry-leading experience for over 12 years.